On the Sunday before Nativity: the Genealogy of Christ 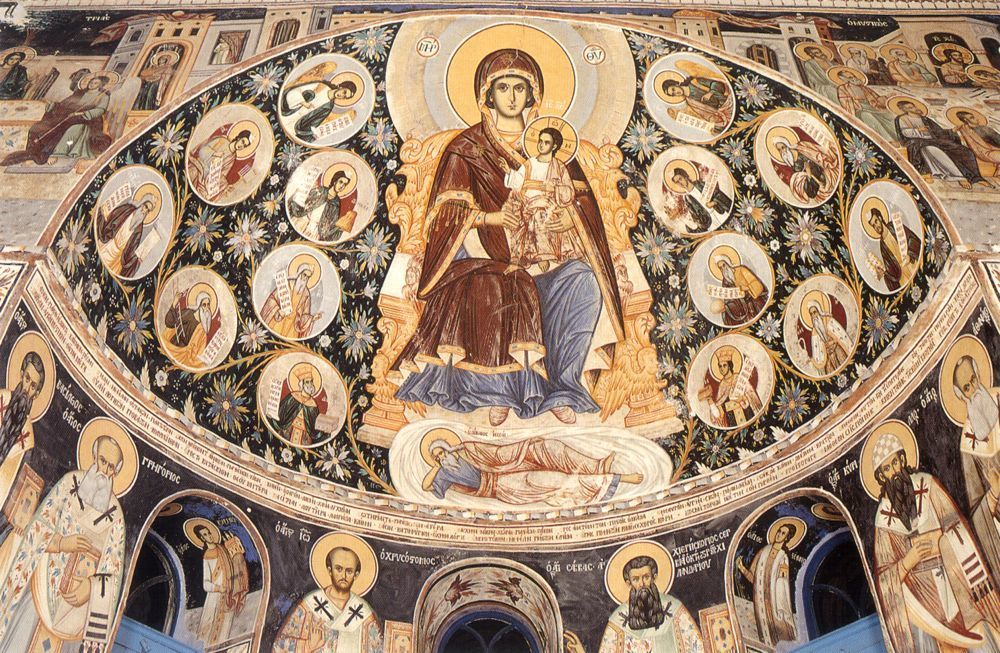 Genealogies don’t mean the same to us as they did for ancient peoples, so the first part of this morning’s reading may be tedious to modern ears.  Most people will remember the list of strange names and forget the ending probably because a majority check out somewhere around “Amminadab” if not before.  By the time we get to the story of Christmas at the end people are a little glassy-eyed.  I actually look forward to it.  I like this reading!

Just a word of explanation about the genealogy part. Both Matthew and Luke include genealogies of Jesus in their Gospels and they differ from one another.  No worries.  Genealogies were useful for a variety of reasons, so it wasn’t unusual for a person to have more than one made up to cover their bases. Things like inheritance, land ownership, and vocation were at stake.  You had to prove your pedigree!

Since the point was to establish an ancestral link rather than to list all the family names exhaustively they were not as interested in getting all the names in there just right the way we would be.  Thinking of the size of Middle Eastern families that would be ridiculous anyway.

St. Matthew’s genealogy emphasizes that Jesus is the Son of David. He begins with David and moves then to Abraham, a double whammy for Jewish identification and backward since Abraham came before David!   His predominately Jewish audience would be looking for that connection. His aim was to convince the Jews that Jesus was the Messiah and Davidic sonship was essential to do so.

St. Luke emphasizes the Lord’s human nature so he begins his genealogy with Adam to be more universal in his message.  For his predominately Greek audience that would be significant.  Luke points also to the Lord’s divine origin. He ends with “Jesus the Son of Adam and the Son of God”.

Both genealogies are essential for our understanding of the Incarnation. They compliment one another. Jesus is the Son of God and the Son of David, both human and Divine.  As a human being he was specifically Jewish.  As God He was perfect God.

Some of the Lord’s relatives were righteous people, some were scoundrels.  At least one of them was a prostitute.  Just like our families!  White sheep and black sheep.  Jesus was a human being with an all-too-typical human family.  I’ll bet their Hanukkah dinners were a riot!

This tells us another very important thing.  Even scoundrels and sinners are included because this is the human condition.  Things down here are far from perfect.  The thing is that even sinners and scoundrels have the image of God in them.  Whether we are righteous or sinners we all have that in common.  Human nature does not become evil because we do evil things.  Impossible!  What God has called “very good” will always remain “very good”.  That “very good” human nature we share in common is what Jesus took upon himself – your nature and my nature, everyone’s nature and yet He still remained perfect God and perfect man!  But there is more! Then, he took upon himself our suffering and sins and bore our diseases as well and still remained perfect God and perfect man!  This is a very great mystery!  He took upon Himself the whole of the human condition from birth to death and beyond and remained fully God and fully man!  He took upon Himself all that we are in order to heal all that we are.  Why?  Because He loves us!

At Vespers on Saturday night we usually chant a prokeimenon that says, “The Lord is King, he has clothed himself with majesty.  The Lord has put on His apparel and has girded Himself with strength.”  What is this “majesty”?  What is “His apparel”?  It is human nature.  Human nature is majestic.  It is beautiful!  The crown of God’s creation. It is filled with God as is everything he has made.  That we have dirtied this beautiful thing is not God’s fault; it is ours.  What we discover as we embark on the interior spiritual journey is that no matter what we do, or think, or feel, underneath it all is human nature which sparkles with the light of God.  It is the ground of our being, the truth of who we are.  Those who come at long last through meditation and prayer to see their own essential goodness understand the core truth about themselves and their neighbors.  The Son of God reveals this to us in the example of His own human/divine life.

Here is another great and strange mystery:  we too, even though we are created, share this human/divine connection.  In Him divinity is by nature.  It is granted to us creatures by grace.  The Incarnation reveals all this and more.  This week, in the services and hymns, we will explore this unfathomable mystery.  I hope and pray that you will join us.

The Feast of the Theophany of Christ On the Sunday before Nativity: the Genealogy of Christ